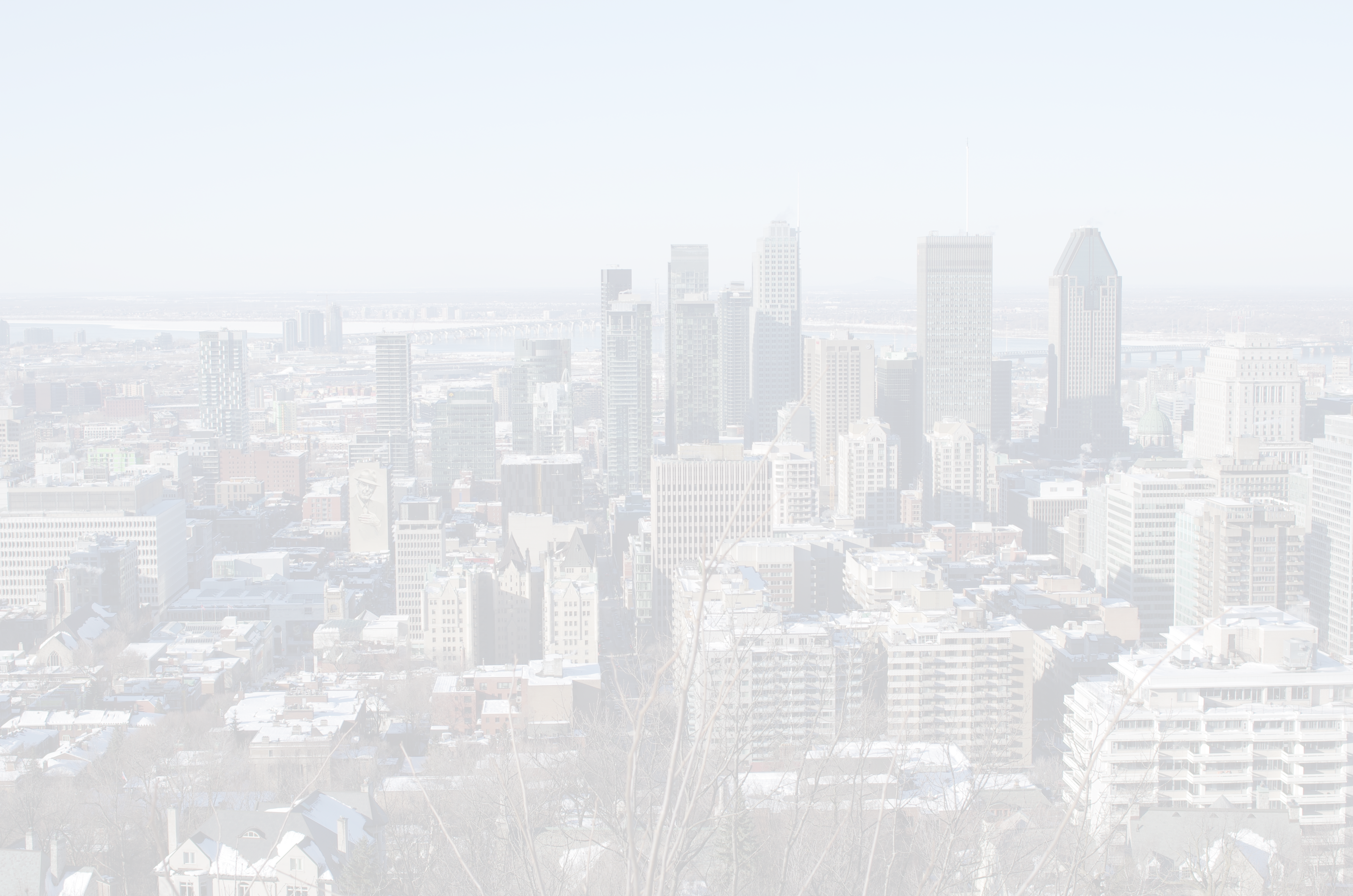 In her article Social Movement Continuity (1989), Verta Taylor[^1] argues that movements - contra conventional social movement theorists (i.e.: Flacks 1971, Touraine 1971) who believed movements had new origins and endings - were continuous. Building on empirical research of scholars such as Isserman (1987) on the origins of movements, Taylor suggests that social movements do not end but remain incubated. An excellent example, as used by Taylor in Social Movement Continuity (1989), is the 20^th^ century American women's movements, where ideas in the 1960s' feminist movements were evidentially rooted in the earlier cycles of feminism^2. Taylor expands on this time period between cycles of feminism to expose abeyance processes that worked to preserve the movement. The time periods between movements and their past movements are thus an important area of focus as they can explain the nuances found in each continuation. As found in Taylor's work on abeyance processes, there are organizational, behavioural, political and structural phenomena during this temporal period that function to withhold the movement. The process of this phenomena is now known and studied as movement continuity. It is important to distinguish continuity from one movement per se, that is simply dormant and/or relatively inactive. Continuity is a much larger umbrella as it can involve movements being completely redeveloped with new actors and processes whilst ideas and its integrity is what remains continuous. Abeyance processes are worth discussing. Taylor believes the actors and movers during periods of abeyance -- that may be involved in activities such as fundraising, collective resilience (i.e. women's workshops), awareness or empowerment -- are considerably marginalized. This is perhaps an outdated argument given the context of Taylor's case study movement, and leaves us with a new question regarding abeyance actors: can this marginalization vary per movement? A possible example of the contrary to Taylor's understanding of abeyance actor's position in society is made by Fominaya in her article Debunking Spontaneity (2015), where she mentions how the abeyance actors post-Indignados movement, Spain 2011, were in fact viewed more positively in society - and acquired special status. Evidently there is more work to be done on abeyance periods, subsequently continuity as a whole, given the varying contextual frameworks that tend to matter.

A Geographic Information System (GIS) can be overwhelmingly powerful. These systems can be used for good, for evil, for utility… the opportunities are truly endless. Amidst all of this, however, is perhaps a deficit of “fun”. That’s right. GIS needs to be more fun. Not just when implementing a GIS, but also when using its products. When is the last time anyone saw a highly scientific map that unlocked a plethora of fun ideas for them? Honestly, its been quite a long time. For that reason, the reason of “fun”, I have made a map for your perusal. This is a map that holds the secrets to the most beautiful city of Europe: Madrid, Spain. In particular, this map will guarantee that upon your next visit to Madrid, you will be able to navigate and plan a thrilling bar-hop to the most ideal rooftop bars in this gorgeous Spanish city.

Take this ^ to Madrid next time you go.

In the Summer of 2019, my Sustainable Development class (SFU SD499) was given the opportunity to compete amongst eachother with projects, with the prize being an invitation to CityStudio's HUBBUB 13. The project mandate was to innovate ways to better incorporate children and youth into the Greenest City Action Plan.

My my idea was the Family Townhall, a bottom-up approach to participatory planning that aims to be a cultural and intellectual probe, all while engaging families with civic issues, sustainability and more.

The judges - a Vancouver city planner and a representative from CityStudio - chose my project as the winner. I attended HUBBUB 13 later that year. 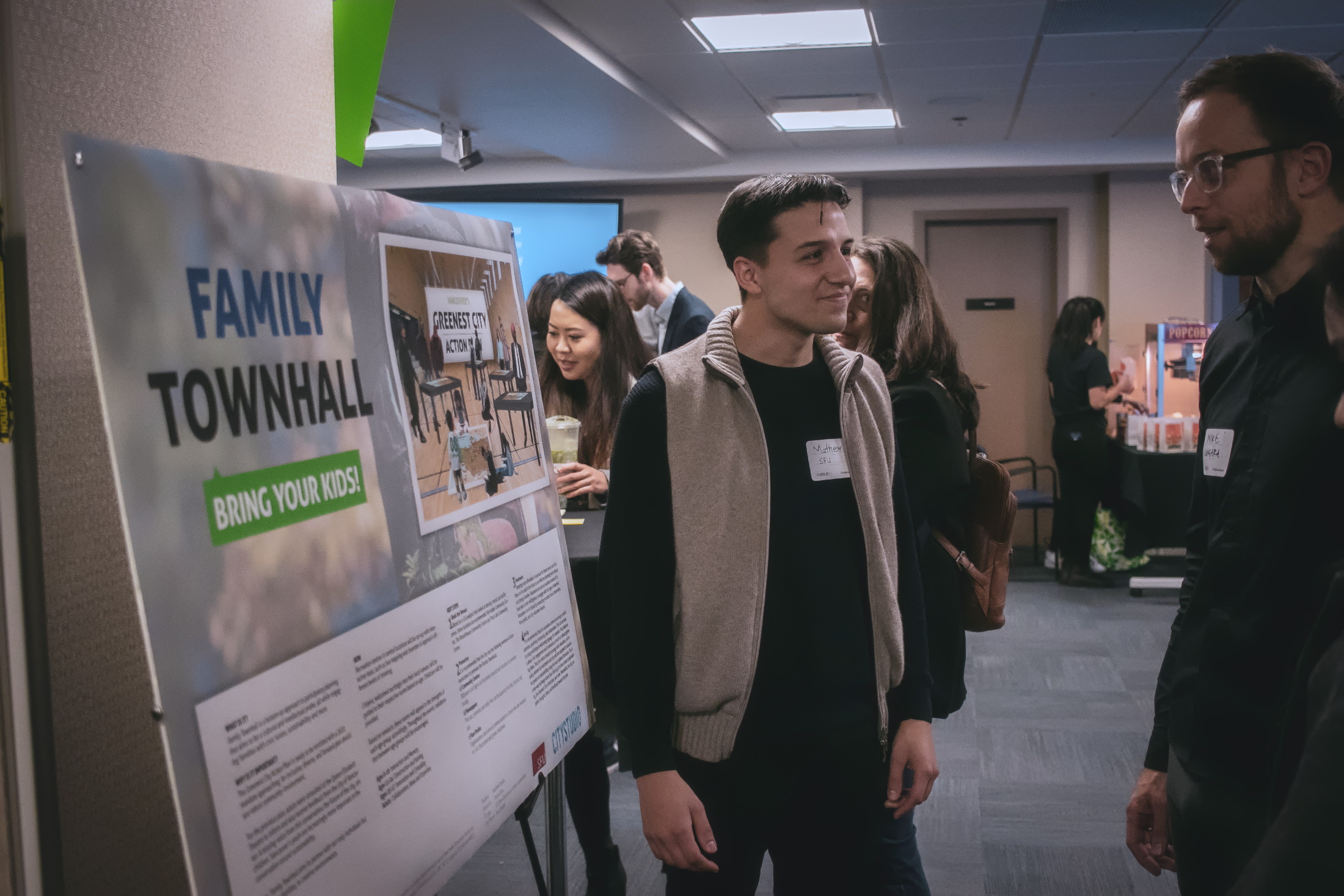 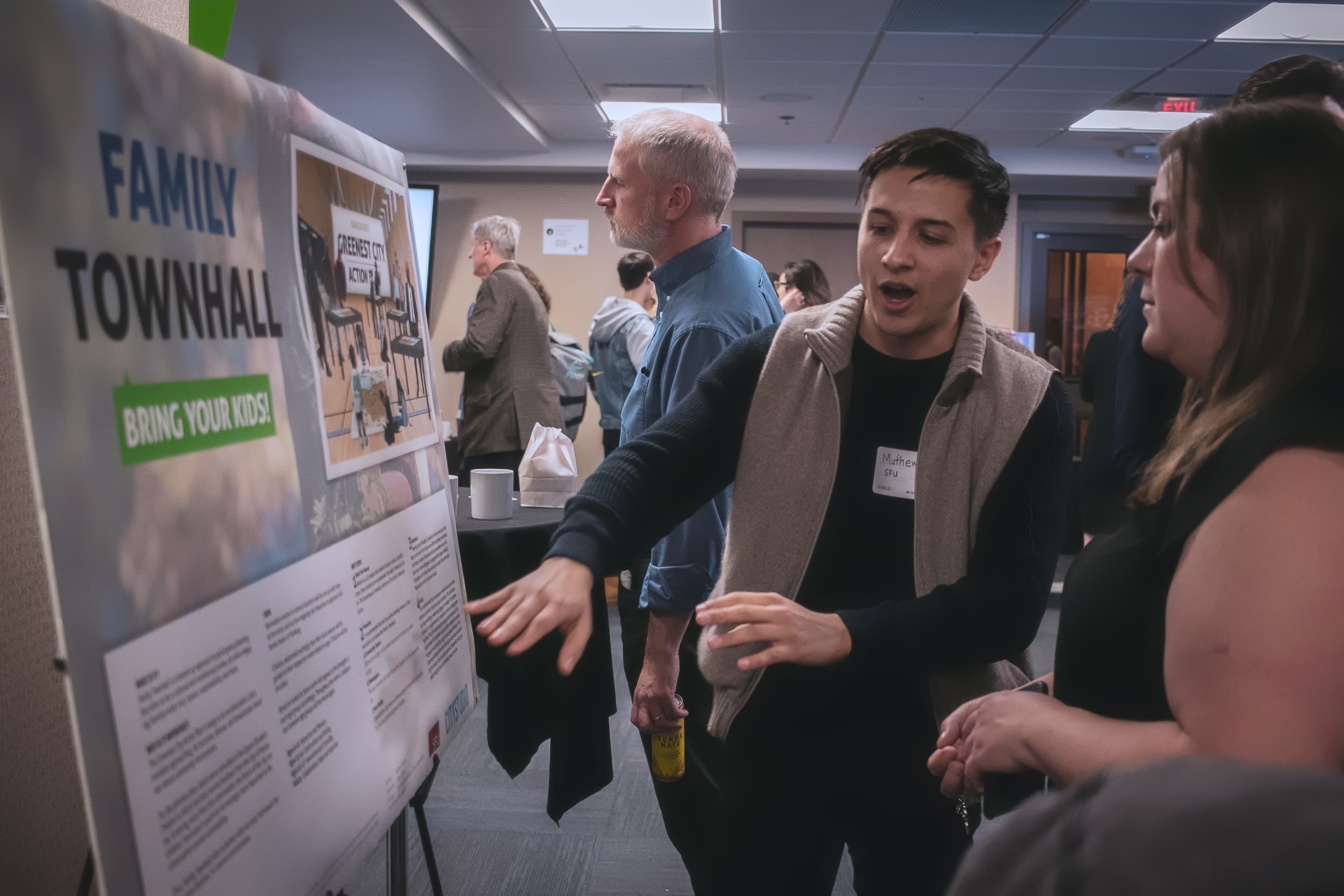 Climate change is a natural process that earth has been subject to since inception. The earth’s climate constantly dips and rises between too cold and too hot for humanity and that is completely natural. A new phenomenon however, known as anthropogenic atmospheric temperature rise, is currently on the horizon. It means humans have been causing something called ‘the enhanced greenhouse effect’ since the industrial revolution . In short, due to an increase in combusting particular oils like petroleum and butane, there is an increase in greenhouse gas emissions. Carbon dioxide and methane are of the most common. These gases are naturally occurring, but humanity has augmented their atmospheric ratio. It’s causing the world to heat up, and quick; threatening our natural ecosystems, ice sheets, weather patterns, sea-levels and more important functions, the list is too long to go on . In a global context, atmospheric warming is emerging as the most imminent threat to the integrity of our planet . It has captured the primary focus of governments, academia and major international organizations. Here’s the main issue: a life-threatening rise in temperature is happening, it is our fault, and we aren’t doing enough to manage it. What does it mean to manage temperature rise though? Modern science has divided this answer into two academies: Mitigation and Adaptation. Mitigation efforts are concerned with reducing the human impact on the natural climate. Mitigation will reduce the warming effect. On the other hand, adaptation aims to reduce the risk and hazards associated with temperature rise. Adaptation will protect us from the inevitable danger . Both of these faculties are vitally important for different areas in the world. For example, mitigation is extremely important for countries like India that rely heavily on coal for energy; while adaptation is a must for coastal cities who are at risk of ocean flooding. The literature on these subjects is endless. This essay will be facilitating the current discussion on the latter of the two, adaptation, particularly in the geographical context of cities. The first sections of this essay will outline the breakthroughs made in urban adaptation, and why this topic is an emerging narrative. Canadian cities will then be discussed, with Saint John, New Brunswick as a case study. The final section of this paper will outline the discussion being had by urban planners that are concerned with adapting to climate change. The intent of this paper will be to tie together important literature in this subject as it concerns Canadian cities and how they are/can be planned in response. 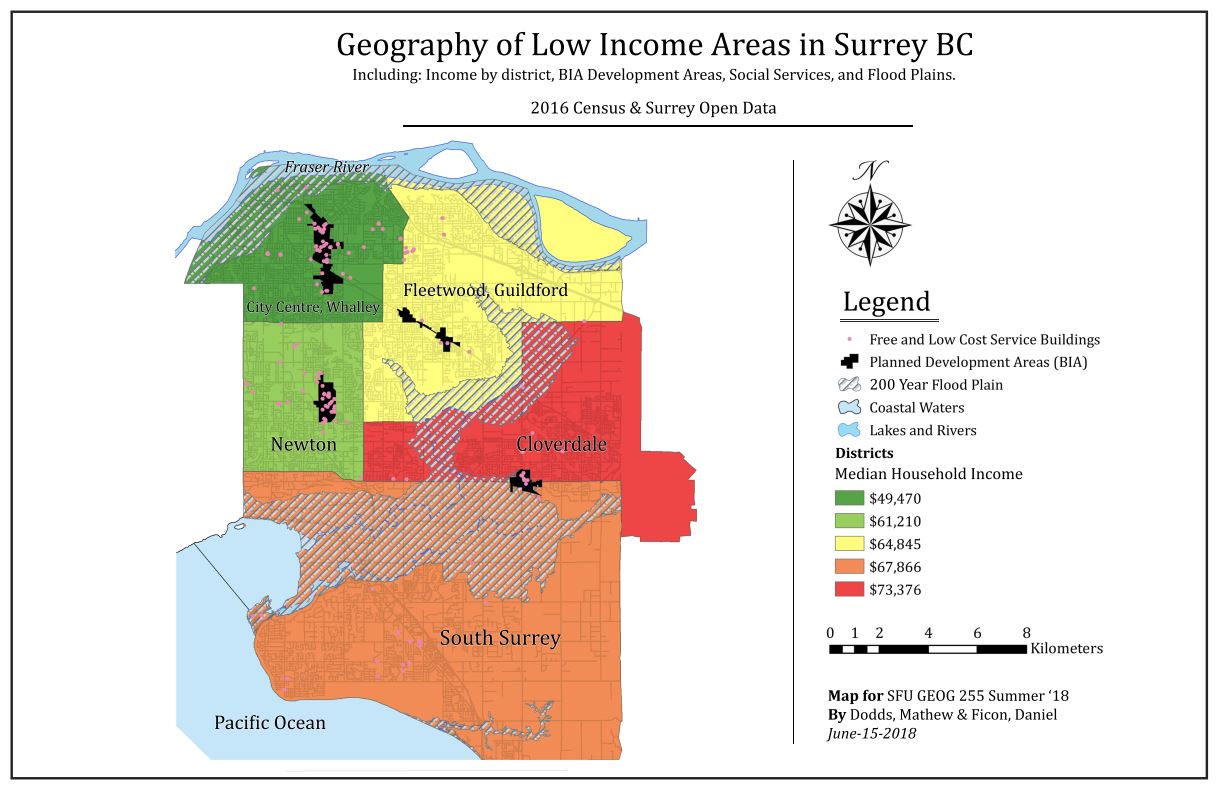 Surrey is a notably fast growing municipality in British Columbia. The ethnocultural diversity, rapidly growing population, and ubiquitous urban development, amongst other factors, all contribute to Surrey’s unique social geography. Surrey is also known to face a number of social issues including low income and high crime rates, and this is problematic. This report is concerned with notable social-geographical issues, exploring relationships and risks across the various districts of Surrey, BC as a means to provide a geographic framework to tackle the issues. The geographical approach allows for spatial related solutions to be implemented. Close relationships between crime, income, and social services were found through geospatial analysis, as well as zones of risk in low-income districts of Surrey, including flood plains and future areas of gentrification.

Santiago and the Dictator

Just how much can political extremism affect the development of a city? There is no better place to study this than in Santiago de Chile. This city, Chile’s Capital, has been central to some of Latin America’s most interesting political history of the 20th century. It was the epicentre of a vicious 1973 Coup D’état which overthrew the world’s first democratically elected Marxist. This coup lead to a startling 17-year national dictatorship that has forever changed the country and, just as remarkably, Santiago as a city. The dictator Augusto Pinochet had a conservative agenda in lieu of the ongoing Chilean Cold War. He oversaw the enactment of various neo-liberal economic policies encouraging foreign trade, privatization, urban cleanliness, and other policies that would typically please the Chilean political right. Pinochet’s actions have been heavily criticized by many western countries, including the UK and Spain, who together had him arrested in May 2000 for human rights violations that took place during his regime. On the contrary, Pinochet’s actions have been praised by Chile’s conservative population, as well as by notable economist Milton Friedman, who credited Pinochet for Chile’s rich economy today. This radical polarization, one can imagine, has been ongoing in the streets of Santiago from Pinochet’s first moments in power. With ongoing competing views on whether Pinochet was good for Chile as a whole, the footprint of his Regime on Santiago as a city has yet to be critically analyzed. My research on his regime extrapolates Pinochet’s urban influence from various academic studies that cover his decisions, policies, notable events, and personal life. What I discovered was that Pinochet’s decision-making led three major facets of Santiago’s development: a) Santiago’s housing geography is economically uneven, b) Santiago’s urban space reflects neoliberalism and modernity, and c) Santiago’s people are socially divided. His power in essence remains present in the city as a vivid memory. Santiago de Chile’s timeline from 1973 until 1989 was one of powerful stories, immense emotion, and rapid change. This paper will start by outlining the historical events just before Pinochet’s regime, to explain the political tensions of Chile at the time. The relationship between Pinochet’s governance and the city of Santiago from 1973 to 1990 will then be chronologically analyzed and discussed. Neo-liberalism as an influencer of urban development will be discussed, with Santiago and Pinochet as the case study- reflecting on modernity, uneven development, and social inequality. 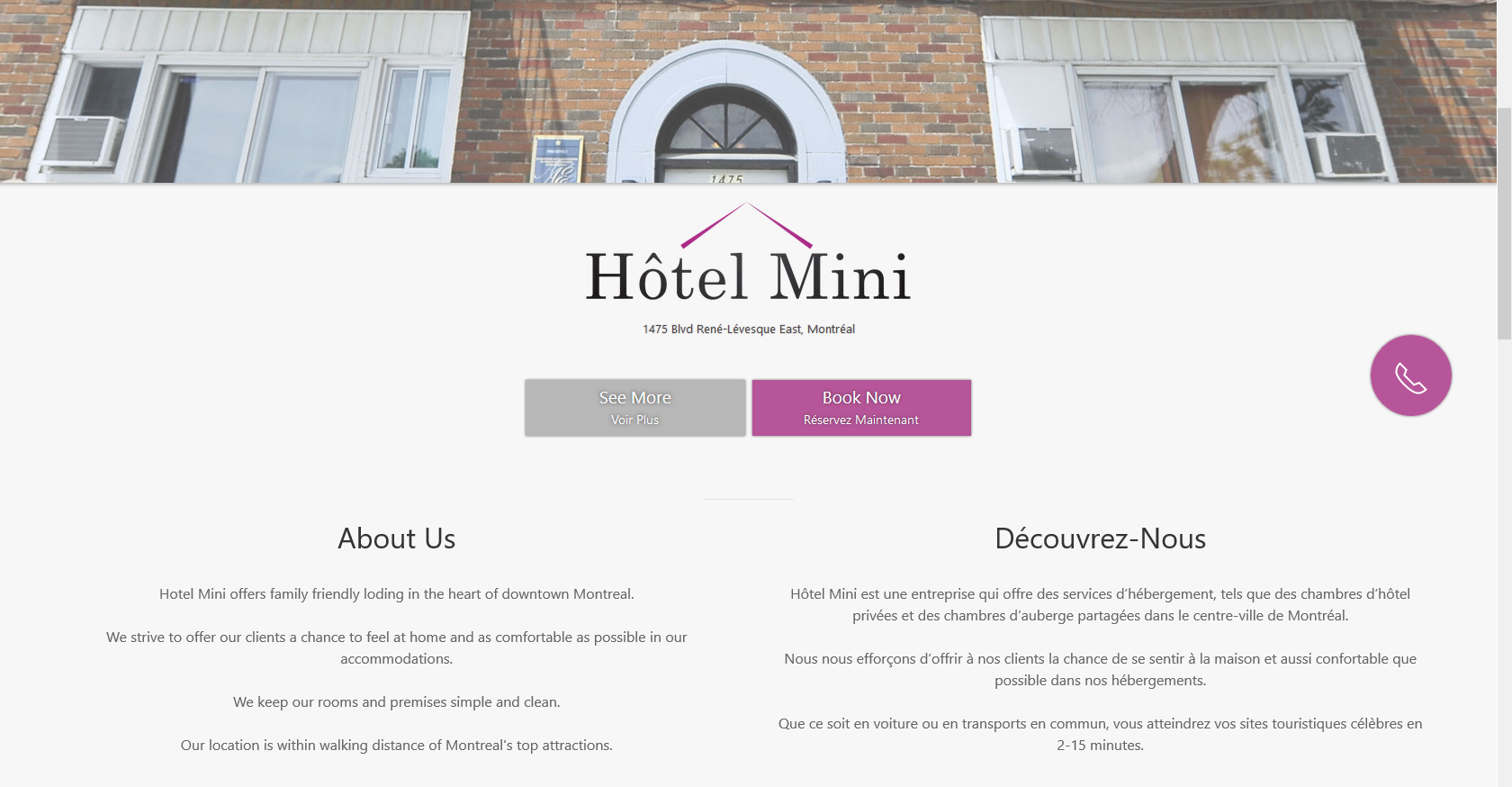 Charter of Athens and Charter of the New Urbanism

These two Charters, The Charter of Athens and The Charter of the New Urbanism, are a means to communicate two respective platforms - sought to be followed by personnel concerned with city planning. Although these charters are different than each other in terms of advice or guideline(s), they do address the same themes. The following tables outline the differences between the charters based on particular themes of city planning.

The Indignados of New York

The Indignados movement of Spain, also known as either: 15-M due to its occurrence on May 15th , or the anti-austerity movement of Spain, was large, complex and innovative. It was, at the time, one of the greatest internet-sprung movements to occur. Because of its size, novelty, and newness, scholars have extensively studied various aspects of the movement. Academically, this movement is known not only for its effects on Spain as a country but also the United States, China, and the rest of Europe. One movement in particular has a notably close relationship with 15-M; this relationship is complex and unique to other movements. Because of this complexity, it is interpreted in many different ways. That movement is Occupy Wall Street. This paper – building on McAdam and Rucht’s theoretical framework introduced in “The Cross-National Diffusion of Movement Ideas” – will disrupt any dichotomy possibly derived from their work. That is, although McAdam and Rucht (1993) describe two distinct ways in which movements spread ideas, this paper will suggest that between these methods – direct and indirect or dialogic and transnational – there is another: rhetorical framing. I will use the case of 15-M and how their ideas spread to Occupy as an example of this. Where ideas can be spread via the rhetorical framing of different actors and phenomena within the movement. Thus, both directly and indirectly; intentionally and unintentionally, communicating movement ideas cross-nationally. First will be a brief historical review of the movement, followed by a literature review. Then I will cover the relationship between Occupy and 15-M, the public sphere, and argue for rhetorical framing as it exists as a diffuser between these two movements. 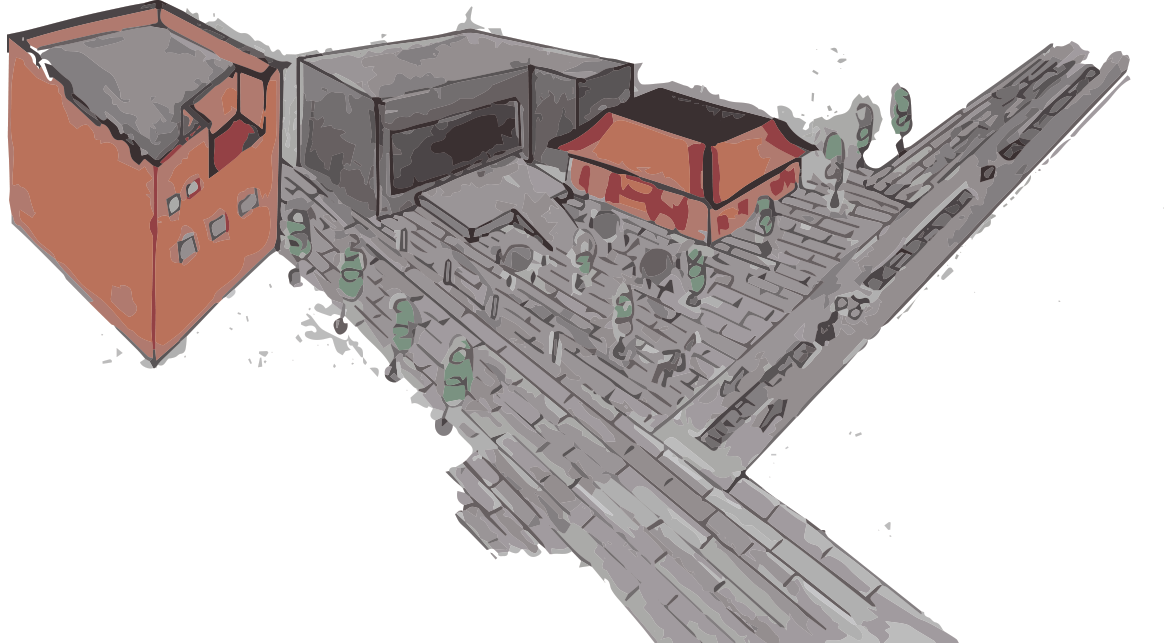 These were recommended improvements to increase access by pedestrian and bike.